For 3 decades, Tera Mai™ has elevated countless of individuals through sessions, classes and initiations.

Tera Mai™ is registered in the Federal Copyright & Trademark Office as a healing system with standardized initiations. ~  I share my trademark freely with only properly attuned Tera-Mai™ initiates who abide by Buddha’s Tera Mai standards.

Healings (in person or over the telephone) are given on a donations-are-accepted basis.  I use my own natural healing abilities – healing energy comes through my voice and mind’s eye, and the healing energies of Tera Mai™.

Readings (in person or over the telephone) are also given on a donations-are-accepted basis.  The only information I want is your question.

Michael Harrison introduced Kathleen Milner to a group of 300 conservative radio and television talk show hosts and producers at the June 20, 2014 Talkers Conference in New York Ciity as, “the greatest healer and psychic in the world.”

World Renowned Psychic Star of Talkers New York 2014 Now Available for Radio Interviews.  She was one of the most popular figures at the recent Talkers New York 2014 performing so many consecutive healings and readings at a small table in the exhibit area that she didn’t have a moment to even break away for lunch from the long line of attendees seeking a session with her.  Kathleen Ann Milner was nothing short of a sensation at the conference on June 20th and since then TALKERS has been flooded with inquiries requesting information of her whereabouts and if and how she can be contacted for both personal readings and on air interviews.   We are pleased now to report that Kathleen Ann Milner is available (at least for the remainder of the summer) to appear via telephone on talk shows.  Michael Harrison describes her as “a natural side dish for this medium – one of the best and most credible psychics in the nation for those into that kind of thing.”
To contact this unusual woman referred to as a “nice kind of oddity” call 703-342-7148 or visit her website at www.KathleenMilner.com.
Michael Harrison 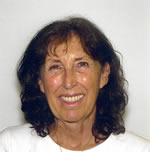 I grew up in a time when people did not think metaphysical abilities came from The Holy Spirit.  When I was very young my invisible friends, Gabo and Kobi, slowly disappeared along with my Gifts of The Spirit.  Ashamed, I hid my abilities.

During the process of my divorce, I realized that trying to be what other people wanted me to be was not working.   My life changed when I prayed to God and asked that the Gifts of the Spirit be returned to me.  God answered my prayer immediately, but I was not blessed with all of my abilities.  Instead, I took a journey to discover myself and God/Goddess.   I paused when I discovered that the library had a metaphysical section.  How had I missed this?  I read voraciously.

In the 1980’s, Wright Gallery in Chicago showed and sold my paintings.  In 1988, I was involved in two car accidents within 3 months of one another.  Pain put my life and work on hold.  When traditional medicine threw in the towel, I aggressively pursued alternative methods and prayed fervently.   As my healing abilities became stronger, my body healed.

When I was a small child, I never placed my hands on anyone; instead, I watched the Angels work or prayed.  When I took Reiki One from Helen Borth, I learned the ancient art of hands-on healing.  However, my healing abilities were stronger before I received Reiki initiations.   I wondered why I had been guided to Reiki ? ? ?

In December 1990, I appeared as a speaker & presenter at the Los Angeles Whole Life Expo.  I also had a table, which was in exchange for the money that was due me for the New York Whole Life Expo. Reiki Masters approached me.  Everyone told me that no one was able to facilitate the same type of miracles that Takata had been able to do.  I knew then that the Reiki initiations were incomplete.  So, I asked God for the Truth about Reiki.

In January 1991, the walls and ceiling of the Los Angeles living room I was visiting became cathedral size.  I walked into the Otherworlds of Spirit with my conscious mind.  I was surprised that I was not afraid and that somehow I knew where I was.  The ascended master who greeted me told me that I was correct in thinking that Reiki initiations were incomplete.  He did not give me healing energy; rather, he gave me Tera Mai™ initiations that corrected the Reiki initiations that I have been given.  He gave me healing symbols, including HARTH, ZONAR & HALU. So long as people abided by Buddha’s Tera Mai standards, healing energy flowed to them in a similar way that the beam of Light in the photo to the right comes into me.

Years later, I was shown a vision of myself as a Native American Brave, who successfully completed the Vision Quest.  That is, the Brave journeyed into the Otherworlds of Spirit and met an ascended master who gave the Brave a Gift of The Spirit.  Later, Gautama Buddha revealed his identity to me.  That was nearly 3 decades ago.  Since that time, I have seen Buddha only 3 times with my physical eyes.  Each time, he appears golden.  Gautama Buddha is the guardian of Tera Mai™.