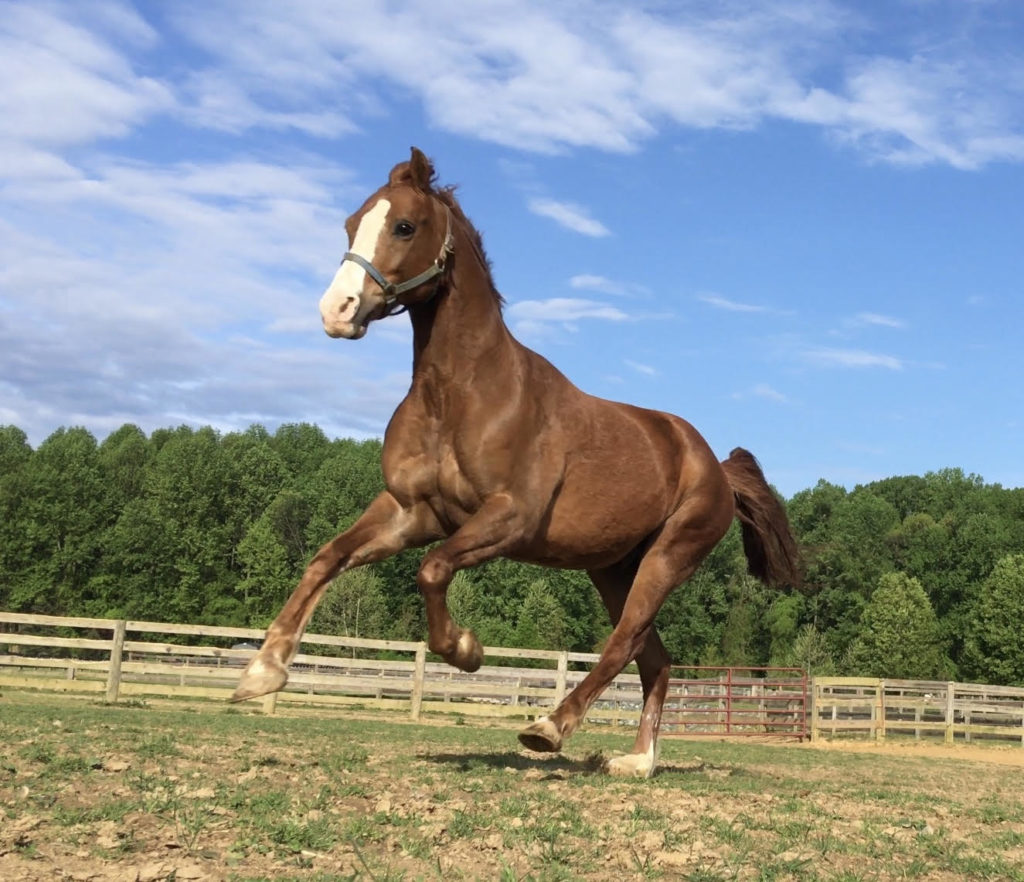 Many animals are evolving a higher consciousness, OR maybe we are just beginning to see this.

I am not the only psychic who has seen their astral bodies (which is a part of the soul but not the whole soul).  Animals have energy bodies and chakras, which may be doused.

When animals are initiated into Tera Mai™ Reiki and Tera Mai Seichem™ they channel healing energy from God.  In addition, their crown chakra opens further, and they get smarter.  I have experienced this in my horse, Melchizedek.

ANIMALS CAN BE HEALED THROUGH TERA MAI™.  My horse foundered several years ago.  Most horses do not survive.  If they do, they can NEVER be turned out on grass again.  In summer 2019, this photo was taken of Melchizedek galloping in his grass pasture in the state of Maryland.

Animals have also been used on occasion by God to bring messages.

A priest at the Shiva Temple in Thepperumanallur contacted me:  On January 15, 2010, just before Solar Eclipse, at about 10:30 AM, he opened the sanctum doors.  He noticed a Cobra descending the Vilva tree (pronounced Bilva).  The Naga Serpent had visited the Shiva statue during the last three solar eclipses.

This time, however, the Cobra carried a Vilva leaf in its mouth, which he had taken from the tree.  The Cobra then climbed up and entered the Sanctum of Shivalina, slithered around the Vigraha and dropped the leaf on top of the Linga.  Again, acting completely out of character, the Cobra went back to the Vilva tree, climbed it and repeated the identical series of actions 2 more times.  Below are the astounding pictures by Mr. Thenappan.

The priest at the temple said that the Cobra was cleansing his sins.  When I asked God for the answer, I was given the following:   The Vilva tree represents three functions of the Divine:  Destruction, Creation and Preservation.  The Shivalinga represents God Himself.  The Cobra is the messenger with a warning, foretelling that these three events will occur soon.

In order to build something new, anything that is corrupt, blocking or dark must be removed.  Whatever and whoever supports the new will be preserved.  In this way, the foundation for the new is sound.  Should something new be built on rocky or malevolent ground, the new will either fall away or corrupt quickly.

Know that people who participate in the Wednesday Night 8:00 PM Clearing are helping to remove darkness in a progressive manner from themselves and the Earth.

The Universal Cycle of Destruction, Creation and Preservation applies to our personal lives, everything in this world.   After Destruction, the Creation of the Golden Age will take place and it will be Preserved.